Czech Legend The Battle of Zborov 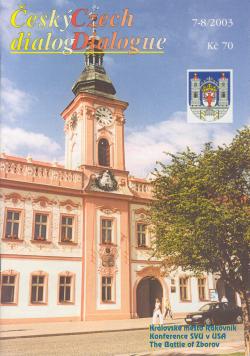 The year 1915 was the 500th year anniversary of the famous Czech priest´s death, Master John Hus, who died for his faith by being burned at the stake on July 6, 1415. With this reality in mind, as an esteemed necrology memento, Thomas Garrigue Masaryk, who became the first Czechoslovak president, gloriously proclaimed in 1915 in the USA the creation of an independent state in the heart of Europe, representing the territories to be separated from Austro-Hungarian Twin Empire.

In the course of 1916, the Czechoslovak National Council was created in the USA not only by Masaryk himself, but at the same time by his closest excellent assistants. They were the Czech, Dr. Edvard Benes, and the Slovak, Milan Rastislav Stefanik. The former was an expert in international law, lecturing in those days at the famous Paris Sorbonne University, and the latter was an astrophysician, who became one of the best generals in the French Army during WWI.

This was at that time a propitious atmosphere for the Czechoslovak National Council to vehemently support the creation of Czechoslovak Armies in foreign countries. They were bearing the name "legions". These were existent both in France, Italy and Russia. The legions were composed of many Czech and Slovak emigrants, but primarily of military prisoners of war and deserters.

The military value of these legions was greatly appreciated during WWI by all the Alied Armies. These legions asserted themselves particularly on the south-western front in the summer of 1917. The Czechoslovak Brigade was composed of three regiments and they distinguished themselves especially in the battle of Zborov. The legions were well organized as well as excellently militarily equipped to resist attacks of the Bolshevik actions.

Regrettably, none of the members of the first regiment of the Czechoslovak Brigade is alive anymore. On July 2, 1917, there were those who dashed overwhelmingly like a flood from the trenches at the town Zborov [Halic region] against the Austro-Hungarian and German units. Albeit this battle did not mean by far to be one of the most momenteous military clashes when it is viewed as part of WWI, basically it still had a very important high-principled significance for Czechs and Slovaks. Actually, this battle laid the foundation for the creation of Czechoslovak legions.

In the course of the very happy, but rather short 20 years (1918-1938) of democracy in the independent Czechoslovak Republic prior to the terrible Munich tragedy, the day of July 2nd had always been celebrated as a day of the Czechoslovak Army. In fact, it was the second most venerated day, right after the first one, which was the Day of proclamation of the Independence of the Czechoslovak Republic on October 28, 1918. Consequently, July 2nd became a real Czech legend in the history of Czecho-slovakia. No wonder that both Nazis [6 years of occupation during WWII) and Communists [during their ruling of 40 years] were constantly endeavoring to do their utmost to eradicate the famous tradition of the Zborov battle from the minds of all citizens of Czechoslovakia. Unfortunately, due to the uninterrupted generations´ succession, and owing to the Communists´ political "umpteen" umbrages at this festive day, there were some of the younger generations who passively accepted the Communist´s "reasoning".

A well known historian PhD Jan Galandauer, DrSc. (1936) specialized above all in Austrian Hapsburg and subsequently Czechoslovak history since the mid 19th century until 1918. In his newest and very popular book July 2nd Battle of Zborov a Czech legend, he focused his interest particularly on the legions´ tradition, its commencement and its many metamorphoses, which occurred particularly during the 20th century. You will find there many quotations originating from that period. Among other things, one can also find there his numerous details relating to the proper sequence of bloody fightings of Czechs against Czechs. Unfortunately, in those days, it happened that on one side of the front were the legion units fighting against the predominantly Czech Infantry Regiments No. 35 [from Pilsen] and No. 75 [from Jindrichuv Hradec] on the other side of the front. As for the actions of the latter units, I am sorry to say that there is very little known about the ensuing thorough investigations of the officers and infantry men, who were, at that time, under command of the Austrian-Hungarian Army.

A meaningful memento of this part of the Zborov history was incorporated into the moving fate of the remains of the Unknown Soldier, who was killed at Zborov. Indeed, it is a perfect reflection of the most dramatic fate of the legend itself.