Pictures in my family 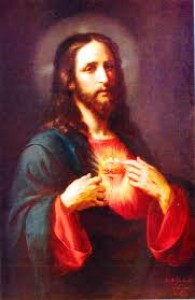 Little neighbor girl asked one time my grandfather who is the man on the portrait hanging above the door in the main room in my grandparents house. “This is Master Jan Hus”, my grandpa answered with pride. The little girl sed innocently:” We have home also I gander! “The name Hus actually really means a goose. But what an ignorance! It was in our family the biggest joke about some empty headed people.

I was her age and I know very well, who this one the biggest man in the Czech history was. I can sing with grandpa the very sorrowful song about his burning to death on the river bank of Rein in Constance.

We have in other room also copy from fames picture from Vaclav Brozik, where John Hus stand his trail before whole religious world of his time. John Hus was the biggest evangelical reformer in 15 century. He is in calendar of Saints in Evangelical Lutheran Church of America, in the liturgical calendar of Episcopal Church; he is also Saint in Christian Orthodox churches. His martial death and his teachings have been reason for Hussit’s wars in Europe in 15 century. 100 year before Martin Luther reformation. Just in the year 1999 was Master Jan Hus pardoned from the Catholic Church from Pope John Paul II.

You can see my grandparents on father side have been very devoted evangelical Protestants and Czech patriots. Not on my mama’s side. But we stay for little bit more in this house. The next big picture was also one reproduction from other famous picture: Karel Havlicek Borovsky takes goodbyes from his family before his exile in Brixen.: Very sad picture with whole family hugging and crying by police assistance in the middle of the night. This Czech writer, publicist, creator from Czech journalism, poet, literary critic, Politian is a symbol for Czech’s freedom is also a legend. Also about him I can sing heard wrenching song’s and recited his heard worming poetry. He is a martyr not just for the Czech’s independency, but also for free speech.

The next picture in house of my grandparent was the wedding photography from my father first wedding with Vlasta (very patriotically name) mother to my older sister. It hangs about the luxurious master bed, what was never used, just when we came to visit. And there have my mom sleep under this picture with us kids…My father was widower. My mom never liked this house, because she was there never fully accepted. I already tell you about her, she was Slovak and she was catholic. Vlasta was of course a protestant and from noble commoner family.

In the home, what my mother created in new place on the Czech frontier was the biggest picture the Christos on the Olive Mountain. I assume also a reproduction from famous picture from Giovanni, or inspired by him. About our children’s bed was hanging the also famous picture with two little children going over the bridge wit also little guardian angel watching over them. We have to pray to him cute children’s prayer. Before our heads got brainwash in school and children’s pioneer organization.

We also have some diplomas for good work in the factory for my father and also my mom. And two very modern  originals, what my parent’s won in some ball they dance in this happy years, or receive them like a praise for they good citizenship.

In the house of my grandparents in Slovakia was the center of the house always a iconostas with Jesus with his bleeding heard.  Later when my uncle takes over the house there was a Jesus with eternal light. My uncle was a real handy man, which was good in electrics, he build his own TV, his first refrigerator, was director and projectionist in one person in village Movie Theater. He was also in the communist party. In the Slovak Republic the one not exclude the other. In the Czech lands you cannot be both.  In my uncles house they always pray before every meal. Go the Church reconstruct from the money of relatives living in America in Chicago area and also go to the processions on Golgotha (build from same money) every year. I like to celebrate a go with them. It is stills a festival with thousands of pilgrims despite the communist times.

When I was born, my mom let me baptized in Catholic Church, before grandpa and grandma came visit the mother and child. But they have been not hurrying to much, I was a girl after all…They will more open to my mother, if I was a boy.

When finally my brother came after terrible delivery with many health problems, they came I hurry and baptized him with not mom’s presence in evangelical Czechoslovakian church.

My mom later, if we have to bury him, enters the protestant community, to be able to take care about his soul in his church. It was in the city of Ceska Lipa, very active, close and modern community, where later my friend Svatopluk Karasek will preach and when the evangelical resistance is born. He has for his preaches suffered in communist prison for several years.

When we came back to house of my father’s parents a mom take over. The portrait with my sister mom Vlasta hung in my sister room and over the bed was now Jesus on the Olive Mountain. My mom stays in deep of her soul catholic. There are also many the pictures of my little brother; colored black and wait photography’s and also every three children in national costumes. Very sweet picture of my father when he was a little baby, hang now in my house. With the new technique we can with my sister both have one. Because it was his love to us, to both of his wives, his openness, human wisdom, what bring us together...