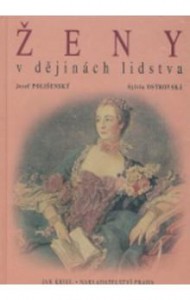 The history of people is not just a history of great men like rulers, warlords, politicians, discoverers, thinkers, artists, etc.- it is also a history of women- not only of the great and exceptional women, but also of ordinary and unknown ones. The greatness of a person is his or her soul- the gender does not enter into it.  T.G. Masaryk wrote in 1901:

“ Woman is absolutely equal to a man, one has to recognize only the physical difference- the woman is weaker.” And J.A. Komensky expressed his views about women’s right to education already in the 17th century:” There is no reason why women should be kept from learning languages and wisdom. Women are also people made in the image of God just like us; they may partake equally of all the blessings and future kingdoms, they received the same ability to think and understand wisdom; they even possess the gift of tenderness more than we do. God often uses them to do great things like ruling over people, countries, or rule whole kingdoms, or to serve as advisors and counselors to kings and princes...”.

In twelve chapters the book presents women who did outstanding things in various roles and who inspired writers and artists.