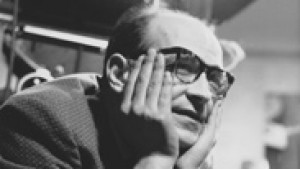 Next to Milos Forman, Karel Reisz was the most famous Czech film maker. The film entitled “ Ten filmovy zivot” ( That Film Life) will have its premiere on September 24, 2012 in Ostrava, Czech Republic. Karel’s brother Pavel Reisz will be attending it in person.

Karel Reisz, one of the founders of Free Cinema and of the British New Wave was born in Ostrava. He was one of the “Winton children”- saved from certain death in Nazi concentration camps, arriving in Great Britain when he was 13 years old. During the war he fought in the Royal Air Force.  After the war he became a pedagogue and eventually the director of the British Film Institute, a successful film producer and director. He became famous in Great Britain and also in Hollywood.