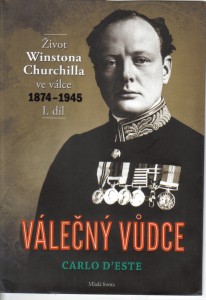 It is not even the middle of September and I could write another editorial. There is lots to write about and it is absolutely mind-boggling. For example- our Prime Minister and simultaneously Chairman of the strongest political party (ODS) Petr Necas started to behave as though something snapped in his head.

He is pushing so-called reforms which are supposed to improve economic growth by raising taxes. That way everything will be more expensive- thus people will buy less, manufacturers will produce less and the state will get less in taxes. Every little child knows that- but Petr Necas does not, and neither does the stubborn lunatic Finance minister Kalousek.

Two days ago Necas gave a speech at the engineering trade fair in Brno. To show how he supports entrepreneurs, manufacturers and exporters, he vehemently spoke about how it is necessary to defend ourselves from fashionable political expressions. As an example he mentioned the group Pussy Riot and “dalajlamismus”. He added that if Tibet were free, it would be… I do not even want to repeat what else he said. He claims that such happenings interfere with exporting goods.

One of the few reasonable men in our government is Karel Schwarzenberk. He said: “Those were inept and illogical statements which are also very dangerous. Between the lines you might read that- concerning export to big countries- it is necessary to forget about human rights… I was horrified to hear this. In the case of Tibet we are copying Chinese propaganda. Such pronouncements represent bowing to a regime. I still believe that no Czech minister would ever bow to large countries when human rights are concerned. Dictators and crooks must be handled the same way- no matter how big they are… “

At this point I cannot resist to mention that a very interesting book about Winston Churchill has just been published. Churchill represented exactly this attitude toward dictators by his relentless fighter stance and therefore he became an unforgettable and important historical figure. It is too bad that Petr Necas probably never read this book…

I could write about other news. For example yesterday I saw the film A Small Big Man. You probably know it. It features the outstanding actor Dustin Hoffman playing a boy who had been brought up by Indians and who took part in the well know battle at Big Horn. In the film Indians are referred to as “beings” or “entities”.

This morning the radio broadcast a talk of the wise and educated geophysicist Mr. Cilek who had recently returned from a sojourn with Navajo Indians. He also talked about “beings” and about the fact that present society has become too concentrated on money.

Yes, we are supposedly in an economic crisis- there is no money for retirement, health, education, etc. But it is still possible for highly-positioned “citizens” to steal everything that it is still around, including EU grants. And nothing is being done against it. Of course not- they are not about to kill the golden goose.

I am finishing while listening to television news. All I hear is economics, economics. And I say: “Go to hell with all this. Don’t you have anything else to talk about ?“