Czechs and Slovaks in Sweden 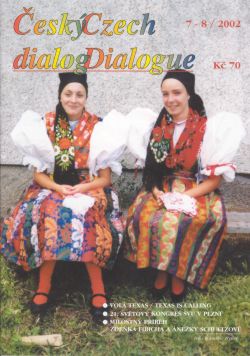 For the last twenty years the Czechoslovak emigrant community dispersed around Sweden has held an annual late spring weekend gathering. I was privileged to be invited to this year's get together in the forested and watery landscape of central Sweden.

The majority of Czechs and Slovaks in Sweden left Czechoslovakia in the wake of the Warsaw Pact invasion of the country in 1968. At the end of the 1960s, Sweden was facing a shortage of skilled labor and the Swedish government was ready to take in the well-educated and industrious Czechoslovaks. Australia, one of the other countries willing to accept immigrants at the time, "seemed a very long way away" one lady remarked to me.

The vast majority of Czechoslovaks established successful careers and integrated into Swedish society. One lady even completed a degree in Swedish language and now teaches Swedish to new immigrants to Sweden. The Czechoslovak community is clear proof that immigrants can integrate into their host country without losing their own roots and traditions. Indeed, the Swedish Czechoslovaks are an example of how immigrants can enrich the host country. The multi-instrumentalist Moravian Mr. Horasek managed to enthuse some of his Swedish friends with the music of his native region so much that they formed a dulcimer band with him and learned to sing a repertoire of folk songs in southeast Moravian dialect. This year's gathering featured a superb concert of Czech classical music held at a Swedish Protestant church in the area.

British people and other visitors from the West are always impressed by the ability of Czechs, Moravians, and Slovaks to sing a vast array of songs from memory, and it was pleasing to discover that even a long sojourn in Scandinavia has done nothing to dent this living heritage. The vivacious Standa was not only able to lead the singing around the bonfire for hours, but also to come up with an appropriate verse of song for virtually every occasion and sprinkle his conversation with song. The Czechs and Slovaks in Sweden mostly did not choose of their own free will to leave Czechoslovakia: the Communist regime denied them the right to a decent and ordinary life in their homeland. However, I sensed little bitterness among the emigrants. Many are able to look back with irony on the hardships they underwent and even on their efforts to fight against the regime. The irrepressible Ivan humorously recounted his role in the student underground aimed at organizing resistance to the Soviet installed regime. After being forced into emigration, Ivan organized demonstrations in Sweden on the anniversaries of the Warsaw Pact invasion. Paradoxically, one year, the protest organized by Ivan was supported by the non-Soviet "euro-Communist" wing of the divided Swedish Communist movement.

Communist Czechoslovakia was a cage that its citizens could only leave with the permission of the authorities. Most emigrants retain the document issued by the Communist authorities giving them permission to leave the country for a specific time and limited to specific countries. The most absurd of these documents that I have heard about was valid for "all countries of the world" but for a mere three days -- the applicant did not return at the end of this meager allocation of time and made his way to Sweden. It was the sense of entrapment that was the prime reason for many to flee. One educated and mild-mannered man, a geo-physicist, told me the main reason he decided to leave was to learn a foreign language -- a normal enough aim in life but something that in the enforced and permanent isolation of the CSSR was near impossible to achieve.

It was this isolation and the lack of any open public control of power that led to the CSFR becoming ever more rotten from within. This was brought home to me by a tale told me by a young lady who it is hard to imagine doing any harm to anyone. The police called at a Prague bar where she worked and asked her if she knew anything about a man who frequented the bar. Reasonably enough, she told them she knew nothing about the man and they should rather ask him in person. Though she was not even suspected of having herself committed any crime, the police subsequently took her to the infamous police station in Bartolomejske street, where she was beaten badly enough to be admitted to the emergency ward of the hospital. The reason for admission was, as usual in the CSSR, officially recorded as an accident. Police brutality is not unknown in other states, including democratic ones. However, in the closed world of the communist state the lack of any public control led to such practice becoming routine. The closed society also resulted in mental habits of doublethink, as represented by the doctors who publicly supported the official accident version of the incident but privately acknowledged the true cause of the injuries.

The debased nature of the communist regime is no revelation. Unfortunately, with the unreformed Communist Party predicted to again get around 15% of the vote in the next elections, it needs to be constantly re-emphasized. In a recent TV debate, Communist MP Ransdorf was able to look the interviewer in the eye and assert that he and the Communist Party did not feel any responsibility at all for the current level of corruption in the Czech Republic.

I should like to thank everyone who extended typical Czech hospitality to me during my stay in Sweden, but especially Pavel Mrazek, Mila Drunecka, and the drivers of Moravia Express coaches who got me safely and comfortably from Prague to Goteborg and back.