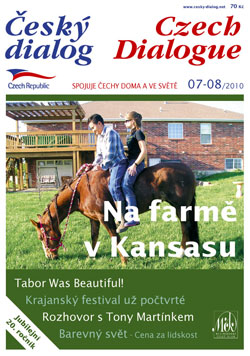 In this chapter entitled “Calling on Mother Green Eyes” our little tomcat Blue Eyes goes with his new and more experienced older friend, Rusty, to visit a she-cat that he had come to know when she was homeless. She used to come to his home for food, but she had not been around for a long time. Yesterday he learnt from his pal that she had just become the mum of three kittens.

As soon as the day began I went with White Whiskers Rusty to see Green Eyes. Rusty led me first through our garden, then through another garden and then still through another one until we came to a big house. We walked all around the house, but there seemed to be no way to get in.

“No problem,” said smart Rusty. “Just come with me”. He climbed a big tree that stood there near a window. I climbed it too. Then he walked along a branch that went all the way high above the house. I did too. Then he jumped down on the house. Me, too. Then he disappeared in a hole that was in the house and I did too. Once we were inside, he took me to a dark corner and there was Green Eyes lying on a bed made of dry grass. Near her were tiny living squealing bundles of fur. Green Eyes was just washing one of the baby kittens over and over.

“So here is Green Eyes and her little family” whispered Rusty. I said: “Hi there, Green Eyes. How are you?” Green Eyes turned her eyes towards me. They were not green at all, but quite dark, and she said:”Hello. Don’t come any closer!”. So we sat down nicely and politely, turned our tails around our front paws and watched the kittens. And I said to Rusty: ”Hey, Rusty, those kittens are real ugly, aren’t they? And I think they are blind, too.”

At that moment Green Eyes jumped up and swatted my face with her front paws. Then she took the kitten which she had just washed and ran away with it. Then she came back for the second one, and then for the last one and after that she did not show up any more at all.

“You shouldn’t have, Blue Eyes, you shouldn’t not have said that. It hurts every mother when someone says unkind things about her babies. Don’t think that you were better looking when you were born!” said Rusty. “But I was not blind!“ — Oh yes, you were. Every kitten is born blind.”

I did not believe it because I could not remember it. Rusty told me that every cat baby — whether it will grow up into a big cat like a lion, or a tiger, or a mountain lion, or a jaguar, or a leopard or a lynx, or a small one like me or Rusty — every kitten comes into the world with its eyes stuck together – in short, blind. When I asked Rusty how long this lasts, he said that it takes as many days as if we added his legs and mine legs plus one cat’s tail. I saw that Rusty was a very smart and wise cat and I told myself that I will hang around with him.

We found a nice spot in the garden so that we could sun ourselves. Rusty rolled over on his back, stretched out all his fours and purred happily. But I just kept on wondering about those big cats — how large they were — those lions, tigers, jaguars, leopards, lynxes, mountain lions? So I poked Rusty: “Listen, what about those other cats — the tigers, lions and the others? You said they were big. How big?” „It depends. The biggest ones are almost as big as a cow” said Rusty sleepily. But I did not know what a cow was and did not want to tell him that I did not know. Rusty had already figured it out and said: „The biggest cats are so big that their paws are bigger than you are.”

That really scared me very bad. I was thinking- what would happen to me if I said something unkind about a lion or a tiger baby and their mother would swat me with those big paws? Therefore I asked Rusty where — in which garden or in which house — those big cats lived. Rusty said not to be afraid, because those big cats like lions, tigers, jaguars, leopards and lynxes lived in houses built by people; but because people were also afraid of them, they used to watch the cats from behind a very strong fence. „Some day we will go and see them” said Rusty. “Where is that, Rusty?“

“In the zoo” said Rusty, yawned, turned his back to me and went to sleep. And I did not know whether that was just a loud noisy yawn or whether the zoo was really something where the big cats that scared people really lived. I did not dare to wake up Rusty again, and I kept thinking whether those big cats also purred, and that their purring must make a lot of noise, and what games they played, and whether they also climbed trees, and how big those trees must be to hold those cats. And I was thinking so hard that I fell asleep. — And I dreamed that a big cat came near me. He had whiskers and a longer tail than me. He opened his big mouth, grabbed me by the skin on my back and carried me to his den. I started to scream so hard that I woke myself up. My human master was holding me by the scruff of my neck. He was very angry with me because I had wandered off.

The book consists of twenty six diary entries made by a Siamese cat who describes its coexistence with a human; it also acquaints the reader with other members of the cat family, with the surrounding natural environment and its inhabitants, like blackbirds, squirrels, rabbits, vipers, hedgehogs and others. We not only find out about what the tomcat experienced in the home of his master, in the city and in his cottage, but also about its nightly prowls through the woods or its swimming in the pond, about its meeting the groundhog or the hamster, or the horse with sad eyes. A separate chapter belongs to saving Kiki. Blue Eyes takes care of her until the end of the book; he also provides her with a little education until they both fall in love with each other and have four beautiful cat children.

The stories from a cat’s diary were first published in 1965 and several generations of readers and listeners have fallen in love with them. They have been broadcast many times by the Czechoslovak and later by the Czech Radio. They also appeared on various sound media. The stories were made into a five-part puppet movie by Hermina Tyrlova. It has been broadcast by many television stations all over Europe. The Blue Eyes stories were published again in Czech last year for the 10th time.

Dr. Josef Kolář (1905-1983) was born in Louny, Northern Bohemia, He was a biologist and for many years a professor at a grammar school in Northern Moravia, most of the time in Ostrava, Ostrava, where he started to work successfully for the Czechoslovak radio. He moved to Prague, where he became (since 1945) a radio professional concentrating on the production of programs for children and youth. He continued in his creative work even later when he became editor-in-chief and subsequently artistic director of the entire radio broadcasting. He created hundreds of interesting programs in which he acquainted young people with the results of scientific research.

However, by writing his last creative work, namely the daily adventures of his Siamese tomcat, he etched himself forever into people’s minds and hearts. He really owned such a cat and all the stories appearing in his book actually happened to his kitty. When I once expressed doubts about a cat’s swimming abilities, he showed me a blackand- white photograph as proof of it. Originally the cat’s stories were broadcast in 1963 (and many times since then) as part of a very popular good-night program for children. — The picture of the author is courtesy of the archives of Czech Radio.

How do you evaluate this exerpt of this Czech book or the book itself, if you’ve had an opportunity to read it in Czech? Please send your comments either by e-mail to: cesky-dialog@seznam.cz — or by post to the address Český dialog, Sokolovská 179, 190 00 Praha 9, Czech Republic, EU. Three selected contributors will be rewarded by a book or CD. You can express your opinion either by a few sentences or just giving a grade, from one to three: ONE: an excellent subject, gripping story, would like to read the novel in English. TWO: a good subject & contents, an English version might interest only those who come from Central Europe. THREE: it didn´t captivate me, the samples suffice. — It should be noted that the English translation is only a working version and may not do full justice to the literary qualities of the book.

The selected excerpt
and following texts
by Jarmila Lakosilová