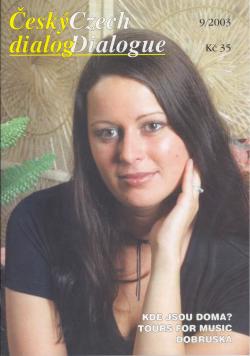 It is a very interesting but also a rather delicate matter to talk about emigration of Czechs and Slovaks, who are living in foreign countries, especially in the USA.

Rightfully, there exists a presupposition that they must have had unusual consistency and perseverance to pluck up courage to leave their country. It seems to me, that some people think that it would

be incorrect to assume that such emigrants´actions were a proof of greater personal capabilities. It is true that in many instances, when observed from the political point of view, some emigrants were threatened by the issuing of a warrant against them, which frequently involved either incarcerations for many years or even death penalty. In such an event, such emigrants succeeded in escaping, be it by crossing (by running, swimming over a river, lake or pond, or flying). They were under great danger having to be constantly watched on all the borderlines by the military police units, particularly those in direction to western democracies, I have always had a great admiration for them. I fully understand that they were not at all willing to live anymore under the bondage of Communist criminal crooks or their sycophants.

In any event, these emigrants must not have been slackers. Their assiduity was doubtless one of the most important factors. Most definitely, they had to take over full responsibilities, for which the new life exposed them abroad. It is always a pleasure to talk with these emigrants over the internet, whenever they address me in my studio. What is more, I like it, indeed, when my only relative who is now living in the USA and was also born in the USA in 1944 (i. e. during the WWII) visits me in Prague.

Without doubt, it is very good to maintain contacts with Czech/Slovak emigrants. As I see it, it enables us to compare their new lives with ours. I myself would even welcome establishing some working relations. Not so long ago, my long-time research study relating to the Communist crimes in the course of the Communist ruling in Czech lands, i. e. in 1948-1989 was unfortunately rejected by the Czech television. They held an opinion that their unity is a public juridical corporation, and for that reason, they are unable to accept my article. Actually, they proposed that I compile some different article, which would handle a "more attractive" subject. When I asked for their suggestions, they informed me that is my "problem". Allegedly, it does not behoove them to propose any ideas for an author´s creation of any article.

Quite frankly, I think that it is a great pity that our republic is not interested in contacts with emigrants. Certainly, all of them have acquired some valuable knowledge during their hard earned experiences abroad, which could be very useful for Czech country. In so doing, it is possible that many troubles or even infamous affairs could have been most probably prevented ahead of time.

Alena, 52 years old, originally a journalist, now working in the area of PR

Czechs who were already born in the USA usually assimilate as Americans. Consequently, their relationship with the old Czech/Slovak countries is only partial, based the conditions of the newly acquired country. Usually, their knowledge of their native Czech/Slovak languages is very sporadic indeed. I happened to meet some of the recent emigrants who had moved from their home land to a foreign country. They maintained that they had done it on the basis of economical reasons. However, it is well known that in fact, they generally prefer to cover it up by declaring that they emigrated for political reasons, because such an intimation is by a great many of them considered to be more attractive for their public relations.

Motives of those emigrants who left their home lands in or before 1948 were certainly different. They were compelled to escape prior to the Communists´ také over. That is to say that in case of their further staying in the home land, they would be exposed to fears of losing their earning positions or even their lives. But at that time, their escaping was not yet dangerous, as the change over to Communists´ way was carried otu thereafte.

As for those emigrants who escaped in 1968, their reasons were rather complex. They had already lived and had a very sad experience of long 20 years of Communist hard rule. When the quite unexpected political Prague spring relief in 1968 took place, they quickly grasped their opportunity for dangerous escaping even then. Thus, their motives were both political and economical as well.

To be realistic, it is necessary to admit that all these above-mentioned emigrants had to adjust their new lives to those of the acquired country, especially if they pledged allegiance to another nation. It is true that they are still keeping up knowledge of the language of their ancestors in a scattered manner, and seldom have contacts with their families in the old countries. But their lives have evolved under completely different conditions. Naturally, they created many new personal friendships in their new country. Such circumstances also exercised influence on their view of lives in the old country. They are under the impression that the country of their predecessors had been completely devastated by WWII activities and by the Communist regime. Accordingly, they also think that all the people, who have been living all the time in the old countries must be as regards their.

I. Q. at best on the level of country bumpkins. However, such opinion is really erroneous. In comparing the highest education on university levels, it shows that in reality, there were practically no differences between Czech universities and foreign universities´ there were practically no differences between Czech universities and foreign universities´ educational levels. On the other hand, obviously in all free countries, there has always been available for anybody a chance to travel abroad anywhere, which, of course, enriched their lives. Such travel possibilities were practically denied to all citizens, unless they were agreeable to visit USSR or other Communist countries only. As of the 1989 Velvet Revolution, both Czech and Slovak lands are free again, as well. Consequently, the chances of travelling all over the world are now open to all. As a result, this problem has been removed. Unquestionably, especially the U.S. universities are much better quipped to serve and to use the new and advanced technology. What is more, the U.S. citizens have much higher incomes than those working in the old Czech or Slovak territories.

When interviewing some of the Czech/Slovak students who have been studying at U.S. universities for several months, it is praiseworthy indeed that they have became a little more acquainted with many American language intricacies. This is especially true, when considering that their schooling in English at home was based on the British, so that they had to adjust their British English pronounciation and usage of some words to the American one.