ABOUT MUSHROOMS AND THEIR HUNTERS 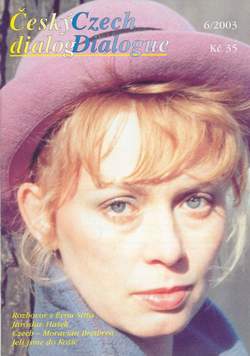 (Excerpts from the "Czech Calendar - 2003" of the Magazine "Czech Dialogue")

Very often it is said that there is not any other country, where you could find as many mushroom hunters as there are in the Czech Republic.

Actually, at the time of each years mushroom seasons, there always arises the same and the most asked question: "Are they already growing?"

As a matter of fact, mushroom hunting is an old tradition in the Czech lands. It had already started during the period of the Austrian-Hungarian empire. Hereafter, it has been further developed due to the special attention of some dedicated teachers who decided to popularize mushroom hunting and mycology as a part of adult education. Especially in the course of WWII mushrooms became for manycitizens an excellent complement of home or restaurant menus, as otherwise their selective meal items were certainly less rich in those days. How does it look like nowadays? Mushroom hunting turned out to be a national hobby of a large part of the population. Based on recently published statistics, at least once a year about 72 percent (which represents very roughly approximately

6 millions of people of the inhabitants of the Czech Republic) set out on a journey of mushroom hunting. This is also due to nearly 50 years of activity of the Mycological Circles, which are very efficacious all over the country. These Mycological Circles are frequently visited by all kinds of hunters. Their members counsel them with pleasure about which edible mushrooms are to be hunted. Thereafter, they arrange for each year exhibits to show the best and biggest mushroom examples of the respective year. Some members are even capable of finding 500 different types of edible mushrooms, extending their hunting during the whole year in question. Thanks to the afore-said notes, and according to some not really attested testimonies, knowledge of all kinds of mushrooms in Czech lands is allegedly the highest in the European territories. The Smotlacha family [originating from Hradec Králove (Bohemia = Čechy)], deserves to be indicated as the most meritorious one in the Czech Republic.

It was Mr. Frank Smotlacha, professor of biology, who started to pursue this fancy already at the beginning of the last century. His wide spread informing of the public was focused on the careful recognition of edible mushrooms. Consequently, many programs concerning this matter were broadcasted first over the radio and later on the TV screens. In 1921, the Czech Mycologial Society was founded, and it still exists. Also, their magazine of Czech & Slovak Mushroom Hunters has been published. Frank determined about 1500 various types of edible mushrooms. In fact, regarding all those newly introduced edible mushrooms, which had not yet been known until then, Frank first tried them himself before he made them known publicly. Afterwards, his job was also enthusiastically followed by his son Miroslav. Thanks to their work throughout their lives, excellent results were registered. It is to say that in spite of thousands of pounds of mushrooms, hunted and brought home by many persons in the woods or otherwise, doctors register only several poisonings per year, while according to their registry in Ukraine, about over 100 perons per year die because of that. In reality, this hobby is regulated by laws. Officially, there exists a so called "red booklet", entitling you to hunt mushrooms, especially if someone is doing it to sell them subsequently. If anybody hunts some of the protected mushrooms, and gets caught, s/he may be fined up to approximately $175.00 (= about 5000 Czech crowns). Of course, it is rather difficult to catch someone, as s/he would have to be checked out all the time, which is almost an impossible task. Before the WWII, the Czech Republic was well known for its export of dried anyone wants to sell mushrooms in the public markets, s/he must have a certificate, proving that s/he knows the edible ones really very well. In order to get such a certificate, s/he must undergo an exam at the Czech Mycologial Society, in which case s/he must prove their knowledge, particularly those which s/he wants to sell. After all, such a certificate had already been required at the time, when Czech lands belonged to the Austrian-Hungarian empire.The Czech Mycologial Society sets up a nation wide competition every year relating to the best kind of edible mushrooms, pickled in vinegar.

Indeed, this is an old tradition, which has been practiced for 30 years. The respective jury has to taste more than 50 samples. However, it sometimes happens that some of the submitted mushrooms which are marked as non-edible, are designated in such competition from the point of view of taste as outstanding. Besides, such competitions also serve the goal of finding some new types of mushrooms, hitherto unknown.