Prague of Jan Hus and the Hussites 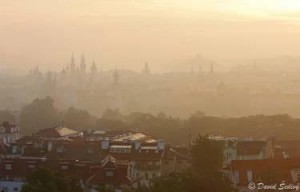 The exhibition to this year´s anniversary of Jan Hus proves on the base of new scientific exploration that his life long engagement was in Prague and its university. It presents his work in Prague and the subsequent influence of his teaching. All of it can also be found in a beautiful publication to this exhibition.

The city of Prague and the residence of the monarchs of the Holy Roman Empire since 1400 became the birthplace and the ideological and political centre of the Hussite movement. After that it was also the centre of the Bohemian reformation for 200 years where the traces of Jan Hus and the Hussites could be found even at the time of counter- reformation. It also became the focus of the renovation and rise of this tradition in 19th and 20th centuries.

Jan Hus (1371 – 1415) ranks among the personalities who have a lasting place in Czech as well as European history. It was his death in Konstanz that started a movement. The movement was followed by the Hussite revolution that drew Europe´s attention to the Kingdom of Bohemia. Later it led to the first successful European church reformation suppressed by force after 1620.

The highlights of the exhibition:

Among 400 exhibits we can see e.g. “The Hours of Václav IV”, a book of prayers destined for praying at certain times (=hours) of the day. McLibrary of Pembroke College in Oxford has lent a book offering a double version of reading: the words in the text written in blue put together shorter prayers. There is also the Complaint of the Bohemian and Moravian Nobility to the Council in Konstanz from September 2nd 1415 that comes from the University Library in Edinburgh. It protests against the condemnation of Jan Hus that led to his being burnt. We can also find a splendid copy of four philosophical works of John Wycliffe made by Jan Hus himself and accompanied by Czech notes and his autograph. It comes from Kunlinga Biblioteket, Stockholm. During the first two weeks there was also “Chronik des Konzil zu Konstanz”, a Prague manuscript of Gebhard Dacher with German text from the National Library in Prague.

The teachings of Jan Hus, his personal effort to improve the church and the society, the moral dimension of his preaching and his speech at the Council in Konstanz in the name of God´s truth, all of these command one´s respect and admiration even after centuries. We can also follow here the returns to Hus and the formulations of his ideological heritage that are influenced by the time of their proclamations from the era of the Enlightenment and the Czech National Revival through the epoch of the first Czechoslovak Republic to the effort of the communism to take the credit for Hus and the Hussite tradition. However, 21st century brings a new evaluation of the activities and the intellectual world of Master Jan as well as new views of the further development and historic importance of his teachings. Most Czech and European public share the positive idea that Jan Hus does not divide but unites the society today, regardless of religious faith, social status or political affiliation.

Venue: Museum of the Capital of Prague in Clam-Gallas Palace in Prague until January 24th, 2016.

You can also see a long-term exhibition called Graves of the Barbarians or the World of the Living and the Dead during the Migration Period until February 14th 2016.