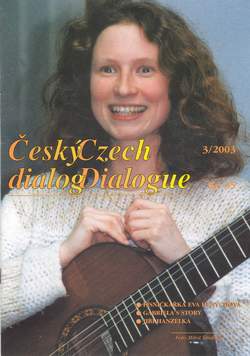 To many of us, it might sound, to a certain degree, as speaking in an exaggerated manner, when we talk about this man as being a Czech ruler. None the less, somehow, it really was such a reality. We know that Czech history is enveloped in a tissue of some legends. It is true that a great majority of those narrations is very often fictitious. Admittedly, the truth or rather an assumed truth could have been fairly well, or not so well grounded, mixed with invented sagas. Moreover, such stories were frequently adjusted in accordance with the inventive capacities of the subsequent legend writers or historians. This being so, the actually well-initated experts had to undergo quite a difficult task to figure out such a maze, whose indications of dates, locations and described actions were in fact trustworthy.


Samo as a sovereign was situated right at the middle of such an epoch which was in some measure impermeable. There was very little which would be genuinely factual. Indeed, he it was who was considered to be realistic and trustworthy, as long as we place trust in the solely available source of documents about these facts. In this connection, we have in mind the chronicle, which bears Fregadar´s name. The latter´s author´s name might be an invented one. His chronicle is supposed to have been written in the year 650 a.C. at some kind of a monastery in Burgundy. But even in this context, the description refers to Venede´s rebellion only. In fact, these rebels were of Slav origin and they fought against the Avars´ supremacy. In addition, it also contained an account of Samo´s clash with the monarch Dagobert. In truth, we have no alternative as to believe what this chronicle is telling us. As a result, we may thus be given a chance to get acquainted with the unifier of Slav tribes in such a way as we are accustomed to hear about him.

According to the account comprised in Fradagar´s chronicle," a person called Samo of Frank nationaly, originating from the Senob´s region, i. e. close to Sens in nowadays´ France, united his forces with a larger number of merchants during the 40th year of Clothar´s ruling, that is to say between the years 623 until 624, and set out his trip to Slavs, named Venedes in order to carry out business over there". This is the way this chronicler gives a description of a simple start of such a famous era of a much more illustrious governor and army leader.

After all, similar business expeditions were always more than utterly risky. Of course, it was at that time understood that the sizeable convoy also had to be safeguarded adequately in a military manner. In other words, a merchant was to a certain extent also a soldier. At that time, Bohemia didn´t abound in state security units. Under such circumstances, all the merchants had to také care of themselves. When the merchants visited the Slav territories which were occupied by the plundering Avars, they had to fight to protect their lives. Hoever, their property was still under the protection of state security units. Nevertheless, the Avars´ presence in those areas is not so firmly and completely corroborated. The more so, as the artefacts, found in the grounds of Czech lands, were most probably brought to those territories, based on a barter business, from abroad.

In spite of all this, we may be inclined to readily accept the fact that Samo came in as a useful person to Slavs, because he unified their tribes, and equipped them with a necessary military force. Using this method, Samo´s natinoality as a Frank had changed to a Slav, based on his personal approach to his new nation because he integrated with its people very smoothly. As for his physical approach, there is a tangible proof of it. He was reputed to have twelve Slav women with whom he engendered gradually twenty-two sons and twenty-five daughters. In the long run, those numbers need not be precise. At least, even the oldest registries did not record it in writing. Accordingly, they were quoted only orally. One may assume that the numbers are rather exaggerated in order to show Samo´s manhood, and, in addition, also increase his abilities of an army leader.

To be sure, Samo was assuredly a very strong man. He became a leader with ritual attributes, and, what is more, he had at his disposal groups originating from various tribes´ areas. It is plausible that he was exercising his ruling power from a certain portion of Moravia. Be that as it may, even this could not have been substantially documented.

Samo´s main historical feat which made him so famous was his victorious war against the Frank´s realm. At that time, he refused to make amends for the property which had been robbed from some other Frank merchants, who were subordinates of King Dagobert. In the final analysis, such disputes regrettably ended up in a battle of brotherly assassination. The latter was after all concluded by a three-days battle in Wogastisburg. It was at this location, where Samo vindicated the Slav´s independence. That is also how his name was entered into the history records.

It is a pity that the only thing that we know for sure is that it happened in the year 631. Unfortunately, we do not properly know the location where it took place. It is thougt that it could have been Rubin Hill, situated close to the town Podborany. However, experts even nowadays have doubts about its trustworthiness.

Afterwards, Samo also attempted to penetrate into the Franks´ territories even in the coures of subsequent years, but here again, we are without any particulars concerning such undertakings. In order to make his name immortal, it suffices to quote at least the victory at Wogastisburg. By good fortune for the Czech history, this one was altogether recorded in a valid way.

Samo as a ruler must have been a truly strong and wise man. There are some persons who are convinced that he was already a Christian. In all events, he was somebody who acquired many merits to be thereupon called a great historical personality. Indeed, he achieved to curb the Slavs tribes, resulting in a joint victory. Sadly, anybody´s historical immortality didn´t secure an eternal terrestrial life. He passed away somewhere within a time span of the years 658-65., Hence, he ended up in a realm, from where he was no more able to help hoverning his subjects. Such fact became fatal to his one-time united tribes. It was right at that period when the reknowned Slav discordance had its historical starting point. The sometime strong Samo´s realm was broken down afresh. Such a detrimental situation had persisted afterwards uninterruptedly for a long time, before it was again possible to speak about an independent quasi-governmental formation. But still, this is another chapter of Czech recent history.

Vladimir Pechar
Translated from Czech into English by Charles Opatrny