COMENIUS: A GENERAL DISCOURSE ON HUMAN MATTERS (from the Preface) 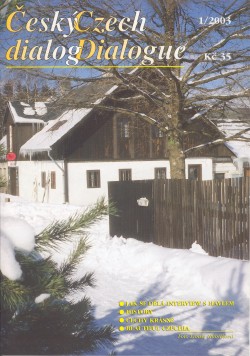 Since this discourse is intended so as all groups interested, hitherto segregated and mutually estranged, due to different opinions on various matters at issue, might take part in it, I decided to set as my task to proceed cautiously, intending not to reprimand anybody for his shortcomings nor to rebuke him for his faults, and forbearing to offend anybody, neither directly, nor indirectly.

This I know: that nobody doubts solely because he would wish to (why should he?), and I believe that diseases can be treated more benignly through proper conduct of life than by strong medicaments; and likewise I know that if light be brought in, there is no need to struggle against darkness in any special way, since in such a case the dark retreats by itself...

To teach means to lead the disciples from things known to those unknown; and to lead is an activity which should be temperate, and not hostile, but full of love and free from any hatred. If and when I intend to lead anyone, I do not chase and press him; I do not push him hard; I do not grapple with him on the floor; I do not shake him violently. To the contrary: I také him gently by the hand and walk next to him, or, if the path ahead is free, I lead the way before him, inviting him kindly to follow me.

Darkness does not drive away darkness; one conjecture does not step aside to make way for another; nor does one sect yield to another, and to hatred either. On the contrary - they clash, and the more they do so, the stronger they become and reinforce their antagonisms; for if two things are practically identical, their potentialities are identical as well, and thus contradictions will always tend to provoke contradictory effects.

That is why I, who do not wish to exhort people to struggles, but to prudent reflection and mutual understanding (so that, being convinced that it is nobler to join together than to disperse, they would begin to bring disagreeing minds closer to each other), I myself feel obliged to set an example.

Therefore, in this work of mine (whether you approach it as a whole or aim at its particular parts), I endeavor to begin at those points where we are not separated from one another by any disagreements and nothing arouses mutual suspicion.

It is my wish to proceed gradually and slowly, avoiding everything that might become any source of offense.

It is upon you to judge whether I am capable of reaching this goal; at the same time, I expect you to help and strengthen me so that I, sooner or later, might fully succeed in arriving at it - in some way or other.