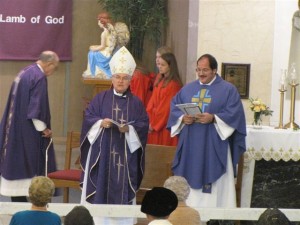 I am sure that you all know what had happened a few days ago in Wes, my favored little town in Texas. There was an explosion- not in the factory as was reported, but in the feed storage. It does not really matter what exploded, it is a tragedy for my friends- some are dead, some wounded and some still are missing..

As you already know, I wrote 3 books about Texas and the town West is mentioned in each one of them. It deserves it- just for is Czech history and friendly present. I always felt quite at home there- in the stores or in the inn on the main street where you see mostly Czech a\writings and announcements . When I finally went to the post office and could not remember what else I needed- I swore in Czech to myself in the hope that no one would understand my language, a clerk said in Czech: You may speak Czech here, I am Czech and my name is Prnka. And when I was a little boy, my mother often admonished me:” Be a good boy and do not jump around too much.” Mr. Prnka did not know much more to say in Czech, but was very kind to me, just like everybody who I met in West. For example I met Magie who makes Czech costumes. Het husband in an evangelical minister and serves in the nearby church; also Jan Vaculik who published for many years the newspaper Hospodar, his wife Marcela( a teacher) and their daughter Jana who contributes to the local TV, and my kind hosts the Snokhouses.

Raymond is the honorary consul for the state of Texas and since there is not other state reo representative of the Czech Republic here in Texas, he is also the ambassador . I wrote about his hard and very devoted work in my book. Yesterday he spoke on the local radio and was preceded by his wife Clarice whom the media addressed as “consul.” It is appropriate because she does everything with her husband and should really be called Angel.

Allow me to add here a short excerpt from my book” The Great Plains:”

Clarice is such a giving person - she wants to be helpful to everybody at all times - so that she does not have any time for herself. Ray is asking her to do something all the time, I was visiting and another hundred people seemed to be around also. I usually got up at six o’clock, had a piece of toast with jam and helped myself to coffee which was always ready. Then I went to play with the dogs or I sat down to write something. The Snokhouses usually get up around 8 or 9 o’clock, but because the phone rings all the time, they do not get to breakfast until about ten or eleven. I often had another breakfast with them - usually “kolaches”, fruit, tea. And we all said a prayer. At the beginning I only joined them just for the “amen”, because I was not familiar with the American way of saying grace. But one day Ray asked me: “Eva, how would you say this in Czech?” Therefore I started:” Dear God, bless our today’s breakfast, especially the “kolaches” that Clarice bought, also the coffee, and bananas that Ray bought and bless today for which we are grateful - your children Raymond, Clarice and Eva, amen.” Clarice and Ray liked my prayer very much and therefore I had to say grace every time from that day on. I changed the prayer every day according to the daily menu and other news mentioning our planned trips and activities. I felt a little strange in this function later in Fort Worth (where we went to participate in their American Sokol slet)- in the presence of a delegate from our Czech embassy. Ray invited us all to dinner and when the food was brought, he said: “Eva will say grace, she is very good at it.” All those present bowed their heads, clasped their hands and waited for my serious prayer. I tried to tone down my usual somewhat humorous words and had a hard time suppressing a smile on my face. ( I know that God has a sense a humor- as opposed to some people I know).

I am very sorry what happened there…I am praying for my dear people in West.