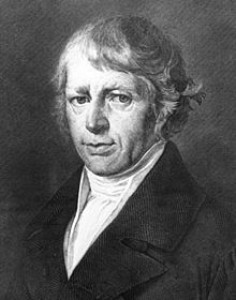 was an important linguist, poet, translator and the author of a five-volume Czech-German dictionary. He was able to create new words in Czech  thus enriching the Czech language which was in danger of being completely destroyed by the Austro-_Hungarian regime. In addition to  saving our language from complete annihilation he translated many works by F. Schiller, W. Goethe, F.R. Chateaubriand and Milton’s famous work Paradise Lost into Czech. He was principal of the very old Prague Academic Gymnasium in the years 1834-45 where I also taught more than one hundred years later. He was always a great inspiration to me just as were many others who had taught and studied  here- for example V,K, Klicpera, J. Neruda, V. Halek and B. Smetana.

Thanks to Josef Jungmann, the Czech language was enriched by about 120 thousand new words and thus Czech became a literary language. To this day it is a pleasure to skim through  his famous dictionary.