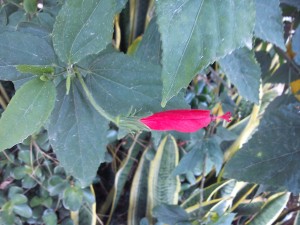 26 Japanese children spent a wonderful week in the Czech Republic thanks to the idea of the once famous Olympic champion Vera Caslavska.

Those who were actively involved in helping the people afflicted by last years’ tsunami were also invited by the Czech-Japanese Society .The meeting took place on April 5, 2012 in a private club of Vaclav and Dagmar Havel known as “U Konicku” in the palace Lucerna. The media should have spent more time with the visiting children. Let us hope that we can soon see the filmed document on our television screens. The meeting had a wonderful friendly atmosphere both in the club and during the whole week of their visit. The event was under the patronage of the Czech and Japanese Department of Foreign Affaires.

I borrowed this news from an article by Jan Sinagl because I wanted my April Editorial to sound more spring- like and positive. And believe me- this is not easy considering the happenings in the Czech lands! After the last four years the inflation reached its highest point; the food, housing, energy and fuel cost more which mostly affects families with children and the senior citizens. Also taxes will get higher. The politicians in our pilfered state (by whom?) behave as though they were untouchable and that – instead of wisely governing the people- they can skin them alive. They are supported by the police and by the judicial branch which often supports the worst offenders. We witness affair after affair, but nothing positive seems to happen. And the President seems to be on the wrong side. Take the latest embarrassing disclosure of recorded discussions between the former Mayor of Prague Bem and the “entrepreneur” Janousek. We learned unbelievable facts. Janousek actually “ruled” Prague (and other places) instead of the Mayor. While all these “news” were being broadcast by the media, the drunken Janousek hit another car and injured its driver. The police did not arrest him and did not take away his driver’s license as it should have done.

And the President remarked that the media was at fault and that we all are on our way to hell. On the contrary- I hope that all those who behave impossibly and amorally will soon end up there…

But I also have some good news. Today I have two such items. The government recognized our Third Resistance movement- the so-called anti-communism. The minister of Defense Vondra decorated some of its participants.

The second good news – it is spring, the trees and the bushes are in bloom and we can see the first daisies and dandelions in the grass.

Another good news would be helpful for our editorial office. Please write to us more about what you like or dislike about our new form of the Czech Dialogue on the web. From our statistics we can see that you were interested in the interview about the old Stalin sculpture, in the article about general Eret and about the scouting centennial. We are very pleased about that. Please write more! We thank you in advance.