ZUZANA RUZICKOVA-QUEEN OF THE CEMBALO 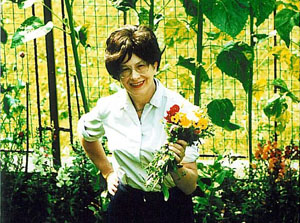 This famous musician just celebrated her 85th birthday. Her recordings are very beautiful and popular. She received many prizes, the last one being the Cultural Prize of Charles IV. She also received an honorary doctorate at the Prague AMU.

In her young years she suffered a great deal being a prisoner in several concentration camps . She and her mother were the only survivors of their large family. After the war she started to study music seriously. She was married to composer Viktor Kalabis for 54 years. He wrote much music for her. In addition to J. S. Bach and other baroque composers, she loved to play 20th century music, e. g. Martinu and Bartok.

Many of the compositions are often written for violin and cembalo. Ms Ruzickova gave many performances with the concert violinist Josef Suk. They played together for over 40 years in many countries, including the Soviet Union.

She lives some of the time in Prague, but also in Jindrichuv Hradec. She and her husband founded the international musical competition called Concertino Praga. The various musicians send their recordings to the judges instead of appearing in person. Thus the competition can be very objective. Ms Ruzickova and her husband also founded an endowment to support young artists and music lovers.

In her free time Ms Ruzickova likes to help out some music groups or performances such as the Prague Spring and others. She also likes to work in her garden.