Emil Holub and natives of Africa 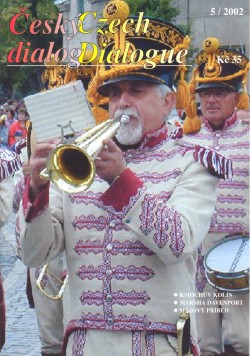 The exhibition in Naprstek Museum of Asiatic, African and American cultures (till 2nd June) remindes us 100th death aniversary of MUDr. Emil Holub, investigator and traveller.

At that time the magazines were full of descriptions and pictures of animals and glorified natural beauties, which was quite usual. They only differed in the interest of natives, during last years of the 19th century, they (natives) were considered only as a material for missionery or educationalist or as an enemy. Holub was fighting this tendency and he also realised the danger of forcing " civilisation", though he supported European colonialism of South Africa, but on the other hand his relation to the Africans was good and he bealived in the protecting of native culture and reservation of everything nice and good. This opinion brought him to deep interest in the native village culture. About his experience and knowledge he published various books, articles but he also lectered and organised exhibitions. Vojta Náprstek arranged the first exhibition on behalfe of E. Holub. (1884) of his letters, drawings at Old Town Guildhall - (Staromestka radnice). At the end of his first stay in Africa, Holub exhibited biological collections, even life animals and etnography in South Africa (1887 Kimberle). Smaller exhibitions (in the haus U Halamku - Strelecky ostrov in Prague), followed also in Vienna.

Exhibition in Prague (1892) was respected due to size, number of items and style and even now such large exhibition was not organised in Bohemia or even Europe on behalf of Africa. During his lectures Holub presented the organisers with some items, which eventualy found its way to museums. Holub was biologist and a medical doctore. He prepared proper documentation to everything. He applyed it during research trip. In the archives in museums and mainly in the archive of Library of Naprstek museum, are thousands of sketches, drawings, water colors representing natural and cultural phenomenos. Holub prefered pen, pencil or brush to photography. Exhibitons about life and legacy of MUDr. Emil Holub shows the effort as well the fate of his biological, archeological and ethnographic collections. He emphasizes that it would be more beneficial if our forfathers were broad minded and were interested in centuries than short time schedules.