The Czech Corner in Kladsko 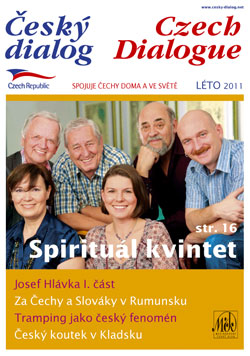 Kladsko is a region lying between the Orlicke and Rychlebske Mountains. Today it is a part of Poland. (It is called Klodzko in Polish, Glatz in German.) It used to belong to the Czech Kingdom since the 10th century until 1742 when it was annexed by Prussia, and thus eventually became a part of Germany for many years.

Since 1742 Kladsko was gradually germanized. The Czechs occupied largely the southeast part, nearer the Czech-Polish border. This area became known as the Czech Corner (der Bohmische Winkel in German, Katek Cesky in Polish). The Czech language was used for everyday communication, but in 1870 the Prussians closed all Czech schools and Czech could not be used even in the churches. Many communities still kept their Czech names, such as Slany, Brezova, Nouzin, etc. The largest little town was Chudoba (Bad Kudowa in German, Kudowa-Zdroj in Polish).

At the end of WWI in 1918 many Czech patriots tried to reconnect Kladsko with the rest of Czechoslovakia, but were not successful. According to statistics, there were 6000 Czechs still living in Kladsko in 1925.

During WWII the conditions worsened for the Czechs in Kladsko, because they were considered German and had to serve in the German army. Some ended up in concentration camps.

After Germany lost in WWII, the situation of the Czechs in Kladsko became even more difficult. Kladsko became part of Poland, and the Polish administrators thought that everyone in Kladsko was German, completely ignoring the fact that there were also Czechs living here. Many of the Czechs lost their properties. Between 1945 -1947, about 2700 Czechs moved away and settled in Czechoslovakia, mostly around Nachod and Hronov. About 1000 Czechs were moved to West Germany. Only about 1100 remained in the Czech Corner. Some Czech patriots again tried to have Kladsko become part of Czechoslovakia, but the Soviet Union and the Poles themselves objected and thus Kladsko remained a part of Poland.

The Czech Corner is almost non-existent at the present time. According to official documents, there were only 4 Czechs living here in 2004. There are more people here who speak Czech, but they are not the descendants of the original Czech settlers. They are Poles who traveled to and found work in Czechoslovakia and thus learned the language after the end of WWII. After 1989 the importance of the Czech element in Kladsko is occasionally remembered. For example in 1999 a Memorial of Three Cultures was built and unveiled near Cermna. It consists of three panels which commemorate all three influences- Polish, Czech and German- that contributed to the cultural growth of the region.