At a Czech Country Ball in the 19TH Century 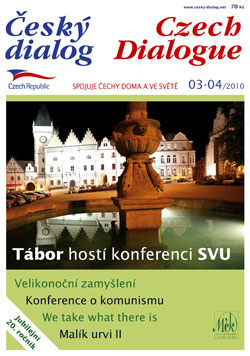 During the 19th century many changes occurred in the way people spent their free time, even in the country. New ideas became popular. In addition to the usual traditional religious holidays and celebrations having to do with changes of the seasons, it became more popular to form various social organizations, drama clubs, physical education associations and to engage in various public celebrations and in other forms of entertainment.

I am looking at an old yellowed issue of a Friends of History and Nature Club Journal called “Listy”, in the Mariansky Tynec Museum. Here a Mr. Jan Mrkvicka, a local historian, described with how much care and reverence people used to organize dances and balls more than 100 years ago. The custom of holding country balls started in the times of the national revival. In addition to theater productions and publishing and circulating Czech books the balls were considered a very suitable way to raise national awareness and self- confidence and to encourage people to value and use Czech language more often and with pride.

The first public Czech ball took place in Prague in February of 1840. It was a very important day for many mothers and daughters to dress for the ball organized by the Tradesmen Union, the Firemen Association, by Sokol and other local organizations. The women used to wear special “holiday” jackets decorated with lace.

(Especially popular were the so-called “Sibrinky” which were costume balls.)

In the foyer in front of the ballroom there used to be a table with goodies managed by the so-called “sugar lady”.There she sat patiently waiting for the young men who would come later and buy sweets for their girls and girls’ mothers. At seven o’clock the musicians started to tune up. Older folks were seated in the bar area at dinner tables. At the entrance there was a small table and the treasurer was ready to welcome the guests dressed in a costume. He knew ahead of time how many guests would probably come from the local and nearby communities. The dance hall was decorated with busts of Bedrich Smetana, Antonin Dvorak, Jan Zizka of Trocnov, Jan Hus, and other decorations.

The hall was lit with kerosene lamps. The women were seated around the dance floor occupying themselves by closely inspecting each other’s evening dresses. Old ladies wore head scarves and wool shawls over their shoulders- not for warmth, more because of tradition. People danced waltzes, the Czech and Moravian “Beseda”, quadrilles, polkas and other folk dances. While dancing people would forget their worries and financial troubles- and they had plenty of them even then. Beer was flowing merrily and the musicians got also paid well. At the height of the dance the guys would lift their partners into the air and even the older men tried very hard to twirl their wives around the dance floor. The ball proceeded according to a definite plan, everyone was happy and the dancing went on until early morning hours. After the ball people had lots to talk about- about the organization of the dances, about the good times they had and about who lost their heart to whom.