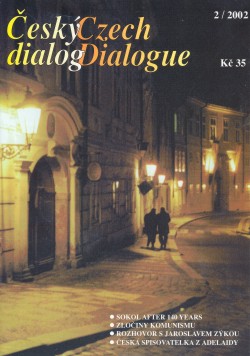 Professor KAREL HUSA, an internationally known composer and conductor celebrated his 80-th birthday on August 7, 2001. Perhaps his best known composition is "MUSIC FOR PRAGUE 1968". He started working on it on August 21, 1968- the day that the Soviet army occupied Czechoslovakia to put an end to the reform movement called "The Prague Spring."
Maestro Husa was elected a Member of the American Academy of Arts and Literature in 1994. Ambassador John.
K Gailbraith said about him: " Mr. Husa, a recipient of the Pulitzer Price in the field of musical composition, excelled not only as a composer, but also as a conductor and pedagogue. His MUSIC FOR PRAGUE 1968 was performed over 7000 times." Other well-known works are his Symphony # 2, Reflections, and Concert for an Orchestra.
Professor Husa studied music both in Prague and Paris. In 1954, he received an offer from Cornell University, Ithaca, N.Y. to teach composition and conducting. He worked at Cornell University until his retirement. He has been a member of the Czechoslovak Society for Arts and Sciences for many years.
Maestro Husa visited San Diego in 1984 at the occasion of the Smetana Festival held at San Diego State University. He lectured on Czech music and conducted the San Diego Symphony. He also conducted the University orchestra in his compositions "Apotheosis of this Earth(1979) and "Smetana Fanfare(1984), dedicated to the University Wind Ensemble. He could not visit his homeland for many years while it was under communist rule, and he missed it very much. He was invited to many countries as a famous composer and conductor. In his own country he became known only in recent years.
We wish Maestro Husa , who is still very active, many years of good health and success!