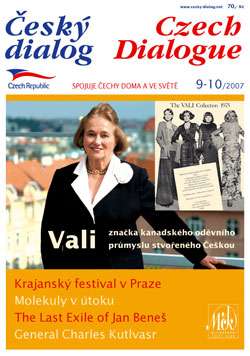 This enormous book from the middle ages is believed to have originated in the latter part of the 12th century. It was supposed to contain all the wisdom and knowledge available at that time.

It was kept for some time in the library of the monastery in Brevnov. Later it was moved to different locations. Eventually it became part of the art collection of King Rudolf II. in Prague.

At the end of the 30-year war in 1648 the Codex Gigas was appropriated by the invading Swedish army and taken to Stockholm Royal Library where it was described as “rare secret writing”, a “devilish work of a walled-in monk”. Since that time the book left Sweden only twice - in 1970 it was loaned to the Metropolitan Museum in New York , and in the 1990’s it went for a short time to an exhibition in Berlin.

Codex Gigas was already in the Middle ages considered the 8th wonder of the world and the world’s largest book. Its dimensions are 920x505x22 centimeters, it weighs about 80 kg and contains about 312 parchment pages. On page 290 there is a picture of the “devil”- thus it became known as the “devil’s Bible.” It contains. The Old Testament of the Bible, religious writings concerning various sins and prescribed punishments, some medical texts dealing with healing sickness, also a calendar and a necrology The most valuable part is the Czech Chronicle (Kronika ceska) by Kosmas. Many pages contain beautiful artistic initials in bright colors - red, blue, yellow, green and gold. Codex Gigas has been kept in a large glass case where a constant temperature and air humidity is maintained.

Until 1796 no Czech person had ever seen the Codex Gigas. During the19th and 20th century several Czech researchers got involved in studying the history of this treasure, especially a dr. Kolar in 1987.

At the present time CODEX GIGAS IS ON LOAN IN PRAGUE together with many other unusual writings and can be seen at the Klementinum - the National Library of the Czech Republic- from September 20, 2007 to January 6, 2008.