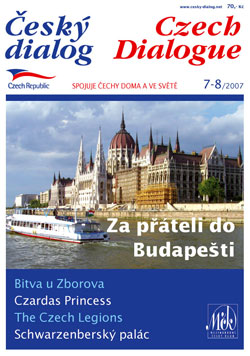 This internationally known graphic artist and painter was born in Pavlikov near Rakovnik on Sept. 14, 1936. Last Fall he celebrated his 70th birthday. He has received about 14 various prizes for his work, the last one in Prague from President Klaus. He exhibited in several European countries, especially at the prestigious Bienale in Venice.

His parents were not rich, yet they supported him in his studies. And much encouragement came from his high school teacher Mostecky. He attended and graduated from the Art Academy in Prague.

At age 25 he got a job in the so-called "Black Theater" (Černé divadlo) inPrague. He considered himself very lucky, because here he was "hidden" from the communist regime and could prepare for his artistic work instead of being forced to do some mindless work. In the theater he did all sorts of odd jobs- building and repairing scenery, taking care of the lights, some acting, etc. At 70+ he is still fully active at his paintings.