Uniqueness of the St. Vitus Treasures 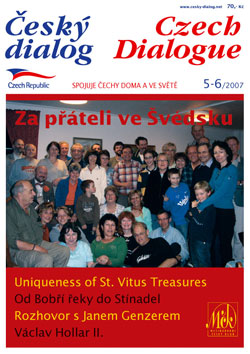 The exhibition entitled “Conversation With Death”/Bohuslav Hastejnsky - A Poet of the Jagellon Era” presents- through the life story of the famous Czech poet Bohuslav Hastejnsky of Lobkovic - a description of living conditions during the latter part of the 15th and the beginning of the 16th centuries. It deals with early globalization, international trade and the beginnings of information exchange- through book printing.

Bohuslav Hastejnsky became a part of the inner circle around King Vladislav of Jagellon early in his life. At first he worked in the royal office at the Prague castle which became the center of humanistic education and where important decisions about new building construction were being made. The most important project was the building of the Vaclav Hall - the biggest vaulted secular assembly room of those days in Europe; later it became necessary to reconstruct the whole castle. Even though the St. Vitus cathedral construction was not quite finished, the interior of the St. Vaclav Chapel was redecorated in renaissance style. One of the pictures represents the royal architect Benedikt Rejt – the author of the castle reconstruction.

The exposition depicts the great cultural diversity in architecture, painting and sculpture, in commercial art and in book printing and binding. It presents the gems of the St. Vitus treasures which originated in this turbulent, yet creative era - e. g. the priceless busts of St. Vaclav, St. Vojtech and St. Vitus donated to the church by King Vladislav himself. The famous Albrecht Durer etching called he “Big Cannon” (almost never exhibited) is a reminder of the greatest problem of those days, namely the endangering of Europe by aggressive Turkish invasions. Also shown here is the very unique painting by the important Italian renaissance artist Lorenz Costa entitled “Christ Carrying His Cross”. Also shown are the very famous “Ten Books about Architecture” by Alberti, decorated by Attavant, the court artist of Lorenzo de Medici.

Other important works represent Czech statehood and nationhood – the cult of the Czech patron St. Vaclav. For example, Bohuslav Hastejnsky’s book “Complaint to St. Vaclav”, a series of paintings by Joos van Cleve or Hans Schaufelein connected to the Prague castle and to the residence of B. Hastejnsky, where he founded a private humanistic school which became a very important institution of learning and education. There he also created a unique library which still exists. It consisted of 26 volumes dealing with many fields of knowledge. There were also many valuable manuscripts on astronomy. Bohuslav Hastejnsky was also an active writer of letters in excellent prose.

He also wrote highy valued poetry which is not only a great example of brilliantly used Latin, but also depicts life many centuries ago with all traumas and problems.

The exhibition is located in Cisarska konirna of the Prague castle and will be open until July 1, 2007.