Spillville Then and Now 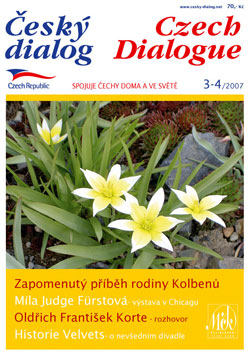 The journey for this prize began in April, 2004, the centennial anniversary of the death of Antonin Dvorak on May 1, 1904. Andrea Ratuski of the Canadian Broadcasting Corporation (CBC) arrived in Spillville, IA to do a documentary on Dvorak and his stay in Spillville during the summer of 1893.

It ended on October 2, 2006, on a palazzo in Venice, Italy with the announcement that the winner in Radio Music - Work on Music was Spillville Then and Now produced by Andrea Ratuski of the CBC. Immediately following the announcement the opening words of the work were broadcast over the public address system for all the delegates and producers from TV and radio around the world to hear; "Welcome to the wonderful world of noodle making in Spillville, Iowa."

The judges had many comments about the documentary, including: "Spillville Then and Now is a radio programme about the Czech composer Antonin Dvorak's stay during three months in the little town of Spillville, Iowa, in 1893. At the 100th year anniversary of Dvorak's death people are reminded of the presence of the composer in their everyday life. The programme has a sympathetic balance between speech and music. The jury called it a charming and convincing portrait that was accessible to a broad audience and cited it for its well built structure and its dramaturgical dimension. It offers a glimpse of Dvorak's creative genius through the lens of ordinary life."

Ms. Ratuski spent three days in Spillville collecting 18 hours of taped interviews with local residents about their heritage, culture, memories and recollections of Dvorak's stay in, and impact on, Spillville. These interviews included a broad cross section of Spillville residents. They were conducted in the St. Wenceslaus grade school, the St. Wenceslaus Church, the Bily Clocks / Dvorak exhibit building, the Inwood Ballroom, the local tavern and other business and in private homes. Ultimately, the 18 hours of interviews were cut to 32 minutes and incorporated into a program that would blend with select works by Dvorak; including the works he wrote while in Spillville in 1893.

Early in 2006, CBC Management made the decision to enter Spillville Then and Now in the Prix Italia International Competition to be held in Venice, Italy. The rest, as they say, is history.

The Prix Italia is the oldest and most prestigious International Radio, Television and Web competition in the world. It awards prizes for quality productions in the fields of drama, documentaries, the performing arts and music (radio).

The Prix Italia was founded in Capri in 1948 and the year 2006 was its 58th edition. Prix Italia's partners and permanent members are made up of 80 public and private Radio and Television companies, representing 42 countries from the five continents.

The competition is held each year in the second half of September, accompanied by a series of major cultural events and performances. Hundreds of high-ranking representatives from the worlds broadcasters attend: directors, producers, writers, as well as a considerable number of Italian and foreign journalists.

A copy of Spillville Then and Now is available at the Spillville Library.

Article submitted by
Steven A. Klimesh