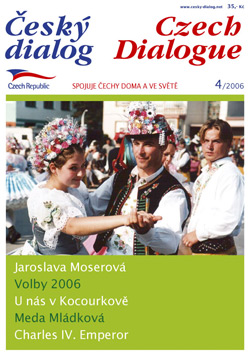 You gluttons! This is how Elvira started her indignant monolog. In February, when little caps of snow lie on their wings and they don't know where to get something for their frozen beaks- then we people come in handy. But in the spring when we would wish them to sing about love and play the lute, they sneeze at us and build their own nests. A person remains all alone with the rest of the sunflower seeds while looking around furtively to maybe spot some lonely bird. Birds and their mates are plentifulthere is more than enough of them around. That's not the problem. But they all have their own partners. This circumstance clearly puts a brake on a permanent relationship and definitely and on producing offsprings.

The moral of this is: Beware of birds! Do not feed them because they do not deserve it.! One should turn one's attention elsewhere. For example toward the bears. I met one. He is a sort of introverted type. He is thrifty. A person like me doesn't know what to do with a quality like that. I was always more interested in a moment of happiness, which occasionally costs some money- than in a long boring period. ( Or vice versa?)

I got to know Arians, Cancers, Capricornsa turtle would be best. In the winter it freezes up and its heart warms up only with the first rays of sun in the spring. A turtle is true for half a year- guaranteed. It is reliable. Slow. It does not run away too fast. It lasts a long time, even for three hundred years! In addition, it has a shell. If it invited me to join it "under it�- that would be neatin this ruthless world full of hurry and stress. Of course, nobody was born in the sign of a turtle. It is absent from the Zodiac.

And so I live alone. When winter comes, those gluttons will again beg for seeds. What will I do? A silly woman? In spite of the fact that I only experience their generosity when they sent their greeting from high above, which ends on my hat or on my dog who is on a leash - I will again go and buy sunflower seeds and feed all the birds in Prague and its surroundings.

As for myself- I shall again eat bread with lard and on Holidays I will sprinkle it with onions.

So long from Elvira.