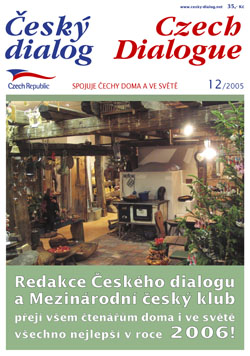 Anyone who sets out to wander through the Bohemian and Moravian countryside can't help but notice church spires rising up here and there along the horizon, with even the smallest of villages sporting them. What's more, such pilgrims will often stop and stare in wonder, shaking their heads at the massive and impressive religious structures found in small, remote country villages. These monuments form an integral part of the Czech countryside's character and attract attention from far and wide.

But just wait until you go inside! Not everyone is cognizant of the fact that in addition to the visual impact of the interior, which is based on its interior décor, the acoustics also form an essential aspect of the building's sacred nature. It will be recognized by any perceptive individual sitting in a pew and allowing his or her soul to open - they will soon become aware of an indescribable silence. Just imagine that you have been sitting for a short while, meditating - and all at once the silence is broken by the majestic chords of a pipe organ. There is no doubt that the pipe organ is one of the most impressive musical instruments of all time. This is closely related of course to the nature of church interiors. It is one of the great historical achievements of the Church that in the distant Middle Ages, it presciently adopted this musical instrument, thus allowing for its unique historical development. We're not even sure how exactly this adoption took place. We are not possible to avoid the feeling of a fortunate and miraculous inspiration.

We have historically documented evidence of pipe organs in the Czech lands (in the Prague and Olomouc cathedrals) dating back to the mid-thirteenth century. Perhaps the earliest depiction of an organ is in the Křížovnice breviary manuscript from 1356. Even though these instruments may appear to be primitive in modern eyes, there is no doubt about the impact of their music. The effect was so strong that the organ was rejected by some conservative religious authorities as a "diabolical attraction designed to seduce the unbeliever". More reasonable authorities recognized that the pipe organ was often the only musical instrument appropriate for churches (for example, Archbishop Arnošt of Pardubice in 1350). Jan Hus held a similar view, which was not however enough to prevent the Hussites from destroying pipe organs in the period after his death.

What was it that made the pipe organ have such a strong impact even at such an early stage in its development? Their makers - organ builders - cleverly used the physical laws of acoustics, which they discovered with the aid of Pythagoras's monochords. The foundation of the pipe organ's sound is a series of large, deep-toned pipes, often located at the front. To this structure it was possible to add several ranks of small pipes in fifth and octave intervals hidden behind the organ console. This created the sound or, if you prefer, pipe mixture that is still often referred to by the Latin term mixtura. This refers to the organ register that provides the organ with its characteristic, glossy, silvery sound. The fact that the ranks of pipes were arranged in fifths and octaves very early in the history of organ development meant that it was necessary to tune them very precisely. It is in fact the art of tuning pipe organs that was for centuries the main source and cause of the tremendous impact that pipe organs had on their audiences.

It is quite likely that pipe organs would look quite different today if the Romanesque had remained the dominate style of church architecture for a long period of time. The introduction of the Gothic style introduced two significant innovations: pipe organs were no longer limited by space - especially in the vertical direction - and the nature of Gothic interior space presented new possibilities for its sound. Organ builders responded immediately: Gothic organs began to have very tall pipes (up to 10 metres or 33 feet) capable of producing very low tones - today these are recognized as infrasound. There can be no doubt about their special impact on the listeners. The resonance of these pipes was sometimes so strong that the walls of the church itself shook. It is in fact for this reason that since 1444 it has been forbidden for the organist in the southern Bohemian town of Blatná to play the largest pipe in his organ.

The new dimensions of Gothic architecture brought a new form to the acoustic space. Today we know that it was quite a tough nut to crack for the architects and for the organ builders. This was a period when they tried locating pipe organs in a variety of locations inside Gothic churches. This period was well known in the historical Czech lands, where it lasted well into the Renaissance as can be seen today in illustrations of the Hradec Králové and Prachatice church choir societies.

The local nobility was also interested in pipe organs during this period, even going so far as to buy prints of organ tablatures for their castle libraries (in Český Krumlov and Telč, for example). Town burghers were also heavily involved, with many of the leading organists being recruited from among their ranks. The invention of the wind chest was a great leap forward in the evolution of the pipe organ, creating the basic form that is used in various forms to this day. The main advantage of this new approach to organ building was that the individual pipe organ components could be independent of one another. Initially this was not very important - but only until Baroque architecture was developed. Once again, churches began to be too small for their pipe organs. The most widely-adopted solution was placing the organs in the western gallery or organ loft. The introduction of independent organ components, each controlled by its own keyboard, allowed a previously unimaginable development: the breaking up of the massive organ console. It was now possible to split the console into two or more independent consoles. One very popular idea was to change one of the sections into a "small" organ and build it directly into the organ loft rail. This method of multi-console pipe organs continued to be used in the Czech lands well into the nineteenth century. The advantages were not limited to saving space for singers and musicians: was also important in small churches that the sound of the organ would not have such a large acoustic footprint. This was tremendously important since in the Czech lands there were many small rural organ lofts that were the centres of a never-fading musical life that could not even be silenced by imperial decrees. This is the period when local music teachers and headmasters, who at the same time were organists and loft masters, laid the foundations for the renowned Czech musicality. Their activities could be seen in the extensive programmes of musical activities and events held in churches and in the mixing of musical forms (masses, offertories, graduals, spiritual arias, etc.). Every good headmaster tried to present a new composition - an entire mass if possible - for each of the many religious holidays that were celebrated in the seventeenth and eighteenth centuries. The most ambitious and capable even composed their own music. It is only today that we are beginning to understand the tremendous quantity of live music performed by both urban and rural musicians and singers. Studies of period documents have revealed a variety of sometimes surprising practices: for example in the second half of the eighteenth century, masses as well as offertories, arias and symphonies by period composers such as Joseph Hayden, Carl Ditters von Dittersdorf and Jan Křtitel Vaňhal (often referred to as Johann Baptist Wanhal) were performed at Our Lady of Mount Carmel Church in the small southwestern Moravian village of Kostelní Vydří, which had only some four hundred inhabitants.

An integral part of the lives of village teachers was organ playing. The ability to play the pipe organ was the basic and most important qualification for a country schoolteacher's successful career right through the second half of the nineteenth century. We should therefore not be at all surprised that they were, figuratively speaking, joined at the hips to their organs. This strong sense of identification with the local pipe organ could be found throughout the entire parish community, whose members in their own ways took pride in and care of their organ. This close bond in the Czech lands was only broken by the Communist regime. Today, that earlier relationship is slowly returning, but unfortunately not without complications - it is only with the greatest of efforts that pipe organs damaged or destroyed by vandalism, woodworm or years of neglect are being restored. This is a particularly difficult challenge when dealing with rare historical instruments whose small rural parishes lack the funds to restore them. Whenever there is a success, however, the efforts are well worth it - as can be seen in the restoration of the oldest intact pipe organ in the Czech lands. Dating from 1656, this organ was built by the local organ builder Jan Effner and is located in the Church of the Assumption in the western Moravian town of Polná.

Slowly, the noble, majestic sound of the pipe organ is returning to these hallowed spaces where it belongs and where it will remain an integral aspect.

Music Organ builders cleverly used the physical laws of acoustics, which they discovered with the aid of Pythagoras's monochords.

From magazine The Heart from Europe