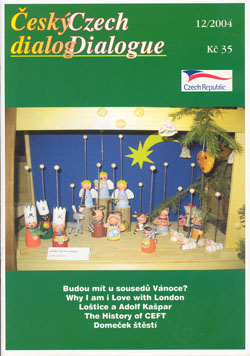 Karel was born to a poor young Prague family. The place of his birth was a small room adorned by a Christmas tree. Beneath it there was a tiny bed with a nice white starched bundle of swaddling clothes that had been waiting for a week. In those days, almost all famous sons of the nation were born in the poorest families, who either owned a cottage with a low roof, or they were living in an attic apartment of old high-rise rental houses. Karel was born in an environment full of vicissitudes, and there he also died, after suffering many hardships.

Unfortunately, he didn´t have any patrons who might have supported him. His parents raised him to be utterly frank and to believe in Such attributes caused him many complications in the course of his life.

His parents´ suppers frequently only consisted only of bread and milk. They lived extremely economically in order to provide for an education for Karel. They wore threadbare clothes. Karel was lucky to be able to study at the academic high school (gymnasium). There he had the rare opportunity to be taught by many excellent pedagogues. One of them was Josef Jungmann, from whom he was able to acquire a wide knowledge and a deep understanding of the Czech language and literature. It was Jungmann who recognized at once in him a future man of letters. . Jungmann had a very positive influence on the young man and prophesied him great success in the future. Unfortunately, this prophecy was not fulfilled.

Along with the majority of the other students of his time, Karel followed with youthful ardour all that was happening in occupied Poland at the time. The reason for his interest in this area was the great similarity of Poland´s fate with that of the Czech lands. As everyone knows, Poland was divided up between three occupying powers, Russia, Prussia and Austria. The people of Poland suffered many hardships. The peoples of Lithuania and of the Czech lands suffered a similar fate.

Young Karel fought in various revolutionary battles and participated in secret organizations. Those activities caused him to lose interest in his studies, but he continued to work on various literary experiments. He was fully aware of the fact that his parents could not support him any more, and was not as lucky as some of his colleagues who were supported by noble patrons. He lived alternately for short periods in Prague and in Vienna. In 1845, he was the principal figure of a secret revolutionary movement In 1848, his relationship with Charles Havlicek Borovsky led to friction with friends who abandoned him. Because he was discovered to be carrying revolutionary propaganda, he was imprisoned for eight years.

In 1857, when he was released from prison, various people were eager to win him over again for political activities. He again wrote sundry articles, organized workers´ movements and co-founded the Young Czechs´ party. At that time he was utterly destitute, but he nevertheless wrote short stories, novelettes, and articles.

There were some allegations that Karel worked for the secret police as a provocateur.in order to supplement his livelihood. Was this malicious gossip or the truth? Views of him varied, depending on respective political views. However, these claims exercised great influence on his life, as all of society distanced itself from him. Only a very limited number of friends remained loyal to him, but they were unable to help him. So, exhausted and misunderstood, he died in misery and disdain on November 9, 1877, 64 years old.

Scholars judging Karel`oeuvre and life have been posing the following questions: "Was Sabina a traitor or a victim of his predicament? Was he worried to death and worn out by his political enemies and enviers?"

Based on his extensive and varied oeuvre, he was awarded a literary prize. In 1863, he wrote social novels "In the Desert" and "Sons of Light" (describing the life of political prisoners during the reactionary period), in 1870 -- "Animated Tombs" -- a philosphical composition, in 1874 "Morana or the World and its Nothingnesses" -- in 1862 -- "Delirium and Humoresque or the Perpetual Bridegroom". Those are his novels which had a positive reception. Besides, there were also several comedies, which were full of humor, such as in 1866 "Advertisement", in 1870 -- "Tomcat and She-cat". Appraisals were also focused on his historical tragedies, such as -- in 1876 "The Black Rose". Moreover, he wrote some charming and well received librettos, particularly for Bedrich Smetana´s operas "The Bartered Bride" and "The Brandenburgers in Bohemia", as well as to Vilem Blodek´s "In the Well". Neni v studni od Suka?V.I.

Vaclav Bolemir Nebesky was one of his truly loyal friends. Both of them were most assiduously working on the book "A History of ancient and medieval Czech Literature".

Dagmar Štětinová
Translated from Czech into English by Charles Opatrny