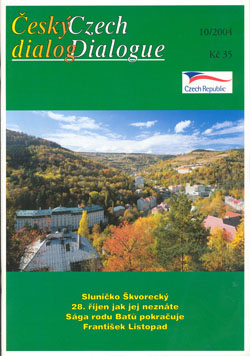 Jaroslav Sonsky and Patrícia Bretas joined their skills for the first time in November, 2001 in the Guiomar Novaes Concert Hall - Rio de Janeiro, performing the first of a series of important concerts. The decision to become a permanent duo came naturally, thanks to the great musical affinity of the two musicians and the enthusiastic reply of media. In addition to their professional opportunity both were thrilled about the international partnership as a means to promote a cultural interchange between each of their countries, thus providing rich opportunities to make each other’s music known abroad. In 2002 they played again in Rio de Janeiro and in northeast Brazil, where they presented in the city of Natal the first local audition of the Sonata no. 3 of Martinu, for Violin and Piano. During the month of February, 2003 they made their first tourney to Sweden. During this trip the composition Moderato Cantabile for Violin and Piano, by the Brazilian composer Ronaldo Miranda, had its first performance. The duo also had a live recording for the Swedish Radio - channel 2 during their last concert, performed at the great hall Louis de Geer konsert & kongress.

In October 2003 they went on their second trip, this time playing in Prague (at the Dvorák Museum, live concert at the Czech Radio in Prague, FOK - Series of chamber music of the Prague Symphonic Orchestra) and performing at the other Czech cities. During the year of 2004 the duo has recitals in RIo de Janeiro, Juiz de Fora and Macaé. In July the duo will perform at the Junsele - Laponia International Festival. This first CD was recorded in October, 2003, in Prague, with the cultural support of OUROCAP. Their intention is to dedicate a due tribute to composers who bear more musical similitude than one could imagine, Czech and Brazilian, deceased and alive, all magnificent in the art of music.